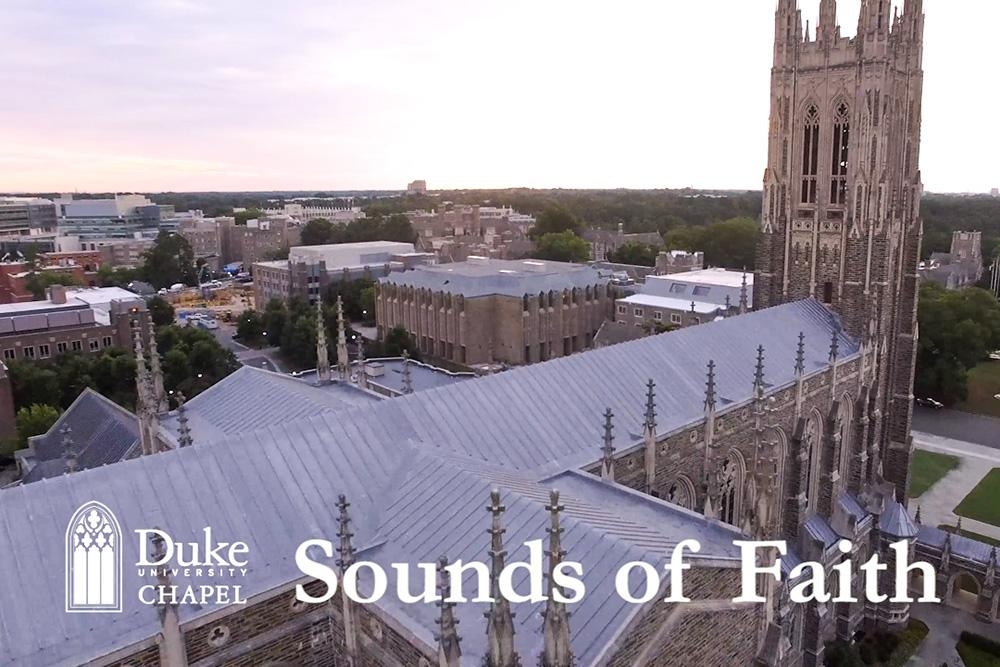 This episode of Sounds of Faith elucidates an approach to setting sacred texts to music called “alternatim,” which is Latin for “alternately.”

“It refers to a style of performance where a text, often a Psalm or Canticle, is divided and performed by (usually two) disparate groups—such as a soloist and a chorus, or by two contrasting musical genres such as chant and polyphony,” explains Dr. Philip Cave, associate conductor for Chapel Music.

For an example, Dr. Cave introduces “Magnificat on the 2nd Tone” by baroque composer Jean-Adam Guilain, which was performed at a Chapel Choral Vespers service last fall, under the direction of Dr. Cave, by the Duke Vespers Ensemble and Chapel Organist Christopher Jacobson, FRCO. The piece sets to music the Magnificat from the Gospel of Luke by alternating plainchant by the choir on some verses with organ music on others.

The organ played in the service is the Benjamin N. Duke Memorial Organ (Flentrop, 1976).

Hear the piece in its entirety during the Choral Vespers service on October 10, 2019.