By creating art from the materials of creation, the creative arts reflect both the broken beauty and the glory of our created selves. Duke Chapel creates a space on campus for the artistic expression of the spiritual life by:

We accomplish these goals with local, regional, and international partners, including: Duke Initiatives in Theology and the Arts, Duke Visual and Media Arts, the Nasher Museum for Art, Duke Performances, the Center for Documentary Studies, and the larger Durham community.

Duke Chapel Arts are made possible in part by the Office of the President and the generosity of friends of the Chapel.

The Chapel solicits additional exhibits related to faith and learning from a spiritual, theological, or social justice viewpoint. To propose an exhibit, please fill out the online Duke Chapel Art Inquiry form.

Art Exhibitions at the Chapel

Duke Initiatives in Theology and the Arts (DITA) at Duke Divinity School is sponsoring an exhibition of artwork from the Heritage Edition of The Saint John's Bible that is on display in Duke Chapel from January 17 to March 8. The exhibition is free and open to the public during the Chapel’s operating hours. The Saint John’s Bible incorporates many of the characteristics of its medieval predecessors: it was written on vellum using quills, natural handmade inks, hand ground pigments and gild such as gold leaf, silver leaf, and platinum. Yet, it employs the modern, English translation of the New Revised Standard Version (NRSV) of the bible, as well as contemporary scripts and illuminations. The prints displayed in this gallery showcase a small sampling of the approximately 160 illuminations in the completed work.

This exhibition was on display in September of 2019.

In 2019, Duke Initiatives in Theology and the Arts celebrated ten years of developing rich engagements between Christian theology and the arts. This exhibition is a part of that celebration—and an exercise in both reflecting theologically upon visual art and allowing visual art to pose theological questions. The works in this exhibition engage the complexities of loss, gain, presence, and absence, exploring theological resonance through figure, line, color, and their disruptions. They come to Duke from three different artists and three different places; they differ in medium, style, and composition and yet hold in common a theological imagination. The works collected here bear vibrant, varied witness to a presence in common—to God’s own presence within time and with us.

This art is displayed in the Chapel through partnership with the Duke Initiatives in Theology and the Arts.

A Nation of Faith

India, like America, is a country of many different faiths—Hinduism, Islam, Christianity, Sikhism, and Buddhism. Religion in India influences so many things that are distinctive to Indian culture: the vibrant colors and style of Indian clothing, the preparation of different Indian foods, the intricate storytelling style of classical Indian dance. In this exhibition of her original paintings, Lizbeth Leapo, E ’19, explores the rich diversity of Indian traditions and beliefs. It aims to capture the ways in which faith is expressed in a nation where hope is often translated through a belief in something bigger than oneself. 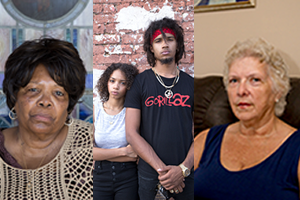 This exhibition was on display in the Chapel from October 30 to December 2, 2018.

This collection of photographic portraits brings centerstage family members living with a loved one on death row. Their faces and words are meant to offer a chance to reflect on the meaning of values such as justice, mercy, and compassion. The Standing on Love exhibition was created through collaboration among people living on America's Death Row, their families, and the community arts collective Hidden Voices. It is part of Hidden Voices’ series Serving Life: Re-Visioning Justice.

This exhibition was part of the Chapel's project Always Human: Re-Visioning Justice, which includes a companion exhibition at the Rubenstein Arts Center as well as a series of events related to the themes of the two exhibitions.

The photographer for the exhibition is Jenny Warburg. She is a freelance photographer and former social worker living in Durham, North Carolina. Her photographs have appeared in numerous publications including The New York Times, Time, Newsweek, US News and World Report, The Los Angeles Times, People, Rolling Stone, US Weekly, Mother Jones, The Washington Post, Ms., The Guardian, and the Southern Poverty Law Center’s Intelligence Report. Her photos have also appeared in numerous books and on book covers, as well as in many documentary films, television documentaries and news programs.

Faith in Color: A Photographic Exploration of Race, Religion, and America in Tribute to C. Eric Lincoln 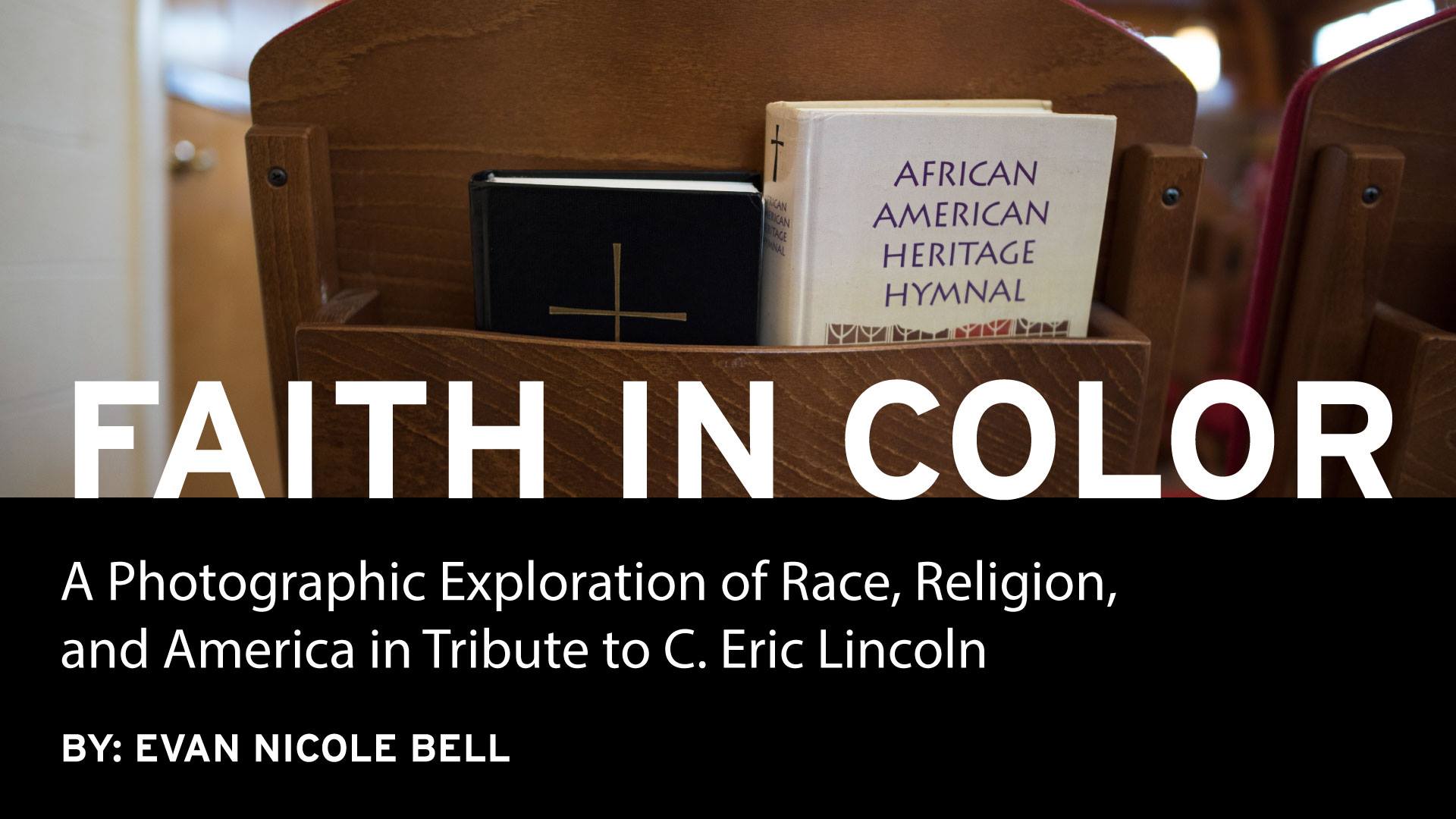 Faith in Color: A Photographic Exploration of Race, Religion, and America in Tribute to C. Eric Lincoln explores the deep roots of religious influence in black communities. The exhibition showcases the work of Evan Nicole Bell, a Duke senior pursuing a self-designed Program II major "Documenting Justice: The Role of Photographic Narratives in Activism." See her portfolio. Evan created "Faith in Color" as the Duke Chapel C. Eric Lincoln Theology and Arts Fellow.The exhibition pairs photographs with quotes from C. Eric Lincoln, a professor of religion and culture at Duke from 1976 to 1993. Lincoln was a scholar of black church and religious studies, as well as a Methodist minister who also wrote novels and poems.