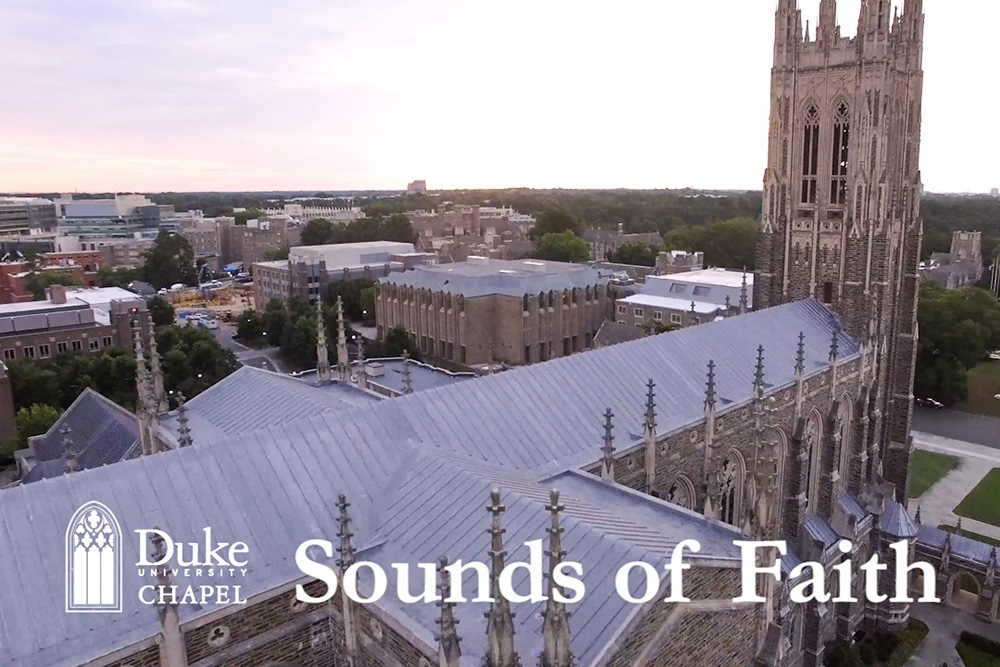 Published in 1950 after his death, the German composer Richard Strauss's composition Vier letzte Lieder (Four Last Songs) is scored for soprano and orchestra. By 2017, University Organist Dr. Robert Parkins had transcribed for organ the fourth of the four pieces—"Im Abendrot" ("In the Twilight"). In this Sounds of Faith video, Dr. Parkins explains his approach to this major musical project and his inspiration from Strauss's composition, which is itself based on a poem by Joseph von Eichendorff.

"Transcribing a complex orchestral score is a difficult, labor-intensive task, however; and the additional challenge of creating a keyboard arrangement of an orchestral song without the singer is even more daunting," he explains. "The Aeolian organ in Duke Chapel is in many ways an ideal instrument for such a transcription.

"'Im Abendrot' views the red glow of an evening sunset through the eyes of an aging couple as they approach the end of their lives together," he says. It "looks back in time—and on more than one level."

Watch the full performance of "Im Abendrot" by Dr. Parkins.