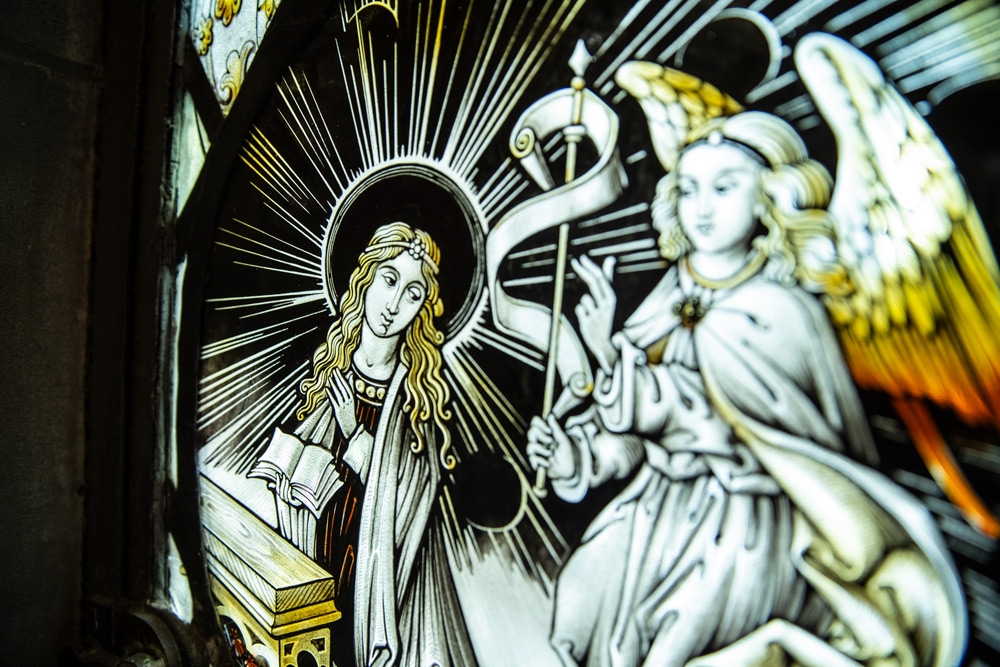 In a commentary on WCPE Radio’s Great Sacred Music program, the Chapel’s Dr. Philip Cave introduced a recording of the Latin motet Ave Maria by the sixteenth-century English composer Robert Parsons. The classic text comes from the first chapter of the Gospel of Luke, when the Archangel Gabriel says to the Virgin Mary: Ave Maria, gratia plena, Dominus tecum ("Hail Mary, full of grace, the Lord is with thee").

“Parsons's setting is scored for five voices, and begins with a solo voice intoning what sounds like the start of a plainsong melody,” explained Dr. Cave, associate conductor for Chapel Music, in the broadcast on August 16. “The soprano part enters last, with long notes, each entry a step higher—a simple enough idea, but the effect is magical.”

“It culminates in an ‘Amen’ whose soaring phrases seem to make a perfect counterpart to the architecture of the time,” he said.

Listen to the full commentary (posted with permission from WCPE Radio):

Listen to an excerpt of Parson's Ava Maria recorded by Dr. Cave the Magnificat choir on their album Parsons, White & Byrd: Where late the sweet birds sang.