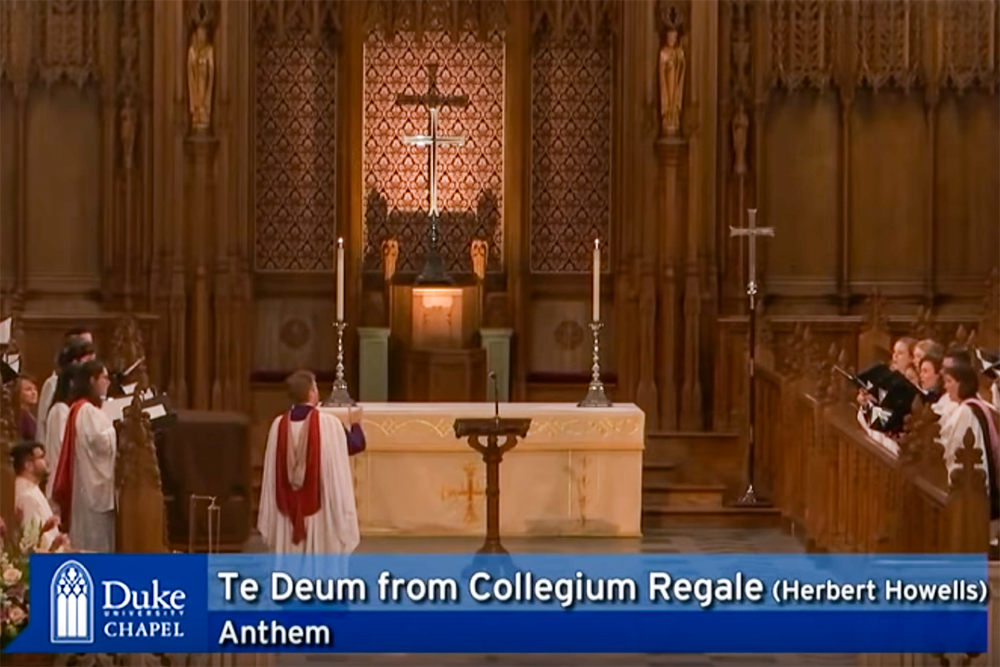 Chapel Organist Christopher Jacobson offered a guest commentary on WCPE Radio on Sunday, July 26, about the hymn “Te Deum laudamus” by the English composer Herbert Howells. During the segment on the Great Sacred Music program, he said the hymn is “one of church music’s finest, most enduring, and beloved marriages of text and music we have today.”

“The ‘Te Deum laudamus’ is a hymn that has remained central to the Christian faith since the fifth century,” Jacobson said. “It is a hymn of praise that follows the outline of the Apostle’s Creed, mixing a poetic vision of heaven with its declaration of faith.”

“The dark modal tonality of Howell’s ‘Te Deum’ is heightened from the lavish role of the organ accompaniment,” he said. “Throughout this magnificent work, Howells writes seamless tapestries of musical color between the choir and the organ.”

Listen to the full commentary (audio courtesy of WCPE Radio):

Jacobson’s commentary introduced a recording of the hymn from a Chapel Choral Evensong service on May 5, 2019. Watch the hymn here: