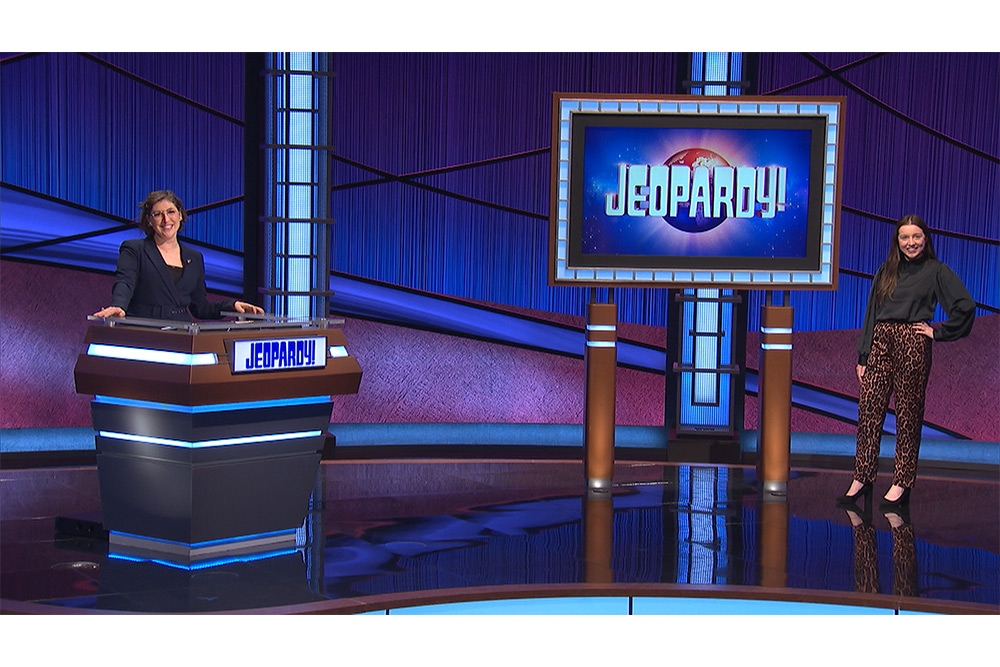 Recent Duke-graduate Grace Jeffrey, T ’21, who was president of the Duke Chapel Choir this past year, will be a contestant on Thursday’s episode of the quiz show Jeopardy!

Tune in June 3 to cheer her on: The show typically airs at 7:00 p.m. Eastern and Pacific Time; check your local listings to confirm. 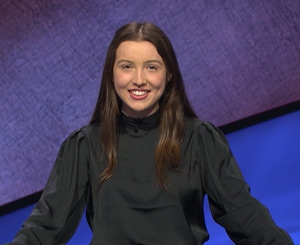 “I grew up loving trivia, so this decision wasn't completely out of the blue,” Jeffrey said about auditioning for the show. “I'm an avid New York Times crossworder, and I play on a trivia team with my dad whenever I'm home.”

Jeffrey taped her appearance on the show in Los Angeles back in March when she was a senior at Duke. The filming was done under public health protocols that included COVID testing, maintaining physical distance, and wearing a mask when not on camera.

“Unlike normal circumstances, we were not allowed to bring any guests, and we did not have a studio audience,” she said by email from her home in Virginia Beach, Virginia. “Instead, the other contestants and I served as the audience for each other's shows!”

A global health and environmental science and policy double major, Jeffrey said she sees going on Jeopardy! as part of her Duke experience in the sense that the university “encourages students to pursue their passions, to be curious, to take risks, and to seek knowledge.”

During her audition, “they asked about my life and what I did for fun, and I talked about being president of the Chapel Choir!” she said. “Being part of the inter-generational community that is the Duke Chapel and the Duke Chapel Choir has really pushed me to grow musically and spiritually, as well as providing me with the best support system to have over my four years at Duke.”

Next up after this week’s national television appearance, Jeffrey will move next month to Los Angeles to begin work as an analyst for the public relations firm Ketchum.