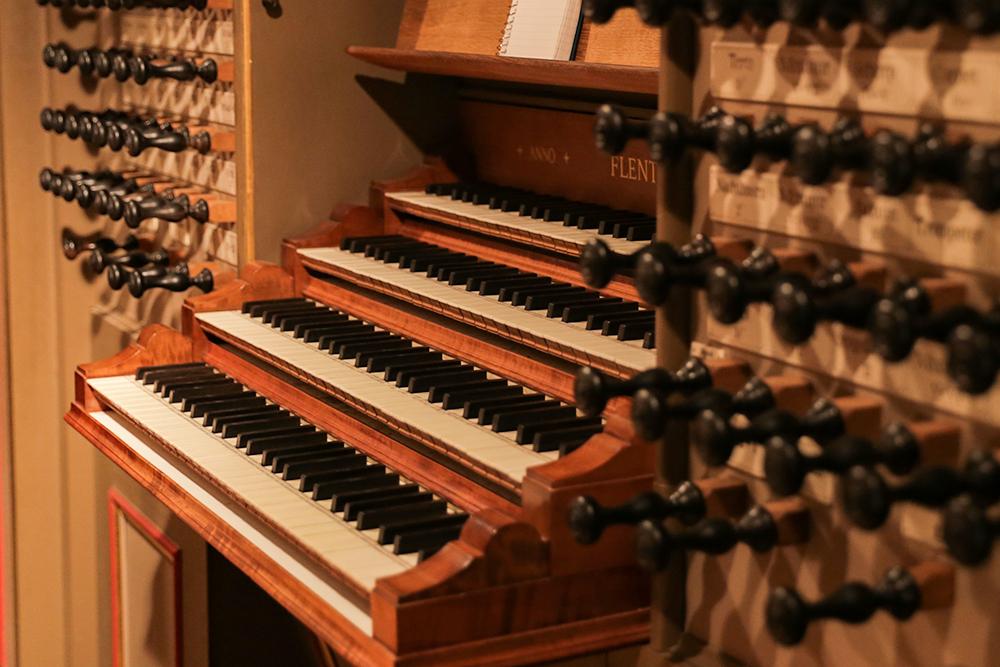 Dr. Robert Parkins, Duke University Organist, presents a recital on the Chapel's Flentrop organ, featuring works of Johann Sebastian Bach and German Romantic composers who were influenced by him. The program will include works by Mendelssohn, Schumann, Brahms, and Reger.

A member of Duke's Music Department faculty, Dr. Parkins has concertized throughout the United States and Europe as well as in Central America. His organ and harpsichord recordings have appeared on the Calcante, Gothic, Loft, Musical Heritage Society, and Naxos labels. A graduate of the University of Cincinnati College-Conservatory of Music and the Yale University School of Music, he studied organ with Gerre Hancock, Charles Krigbaum, and Michael Schneider, as well as harpsichord with Ralph Kirkpatrick. As a Fulbright scholar, he pursued further organ study in Vienna with Anton Heiller. He first assumed the position of Chapel Organist at Duke in 1975, then joined the faculty of the School of Music at Ithaca College in 1982, returning to Duke in 1985. As the university organist, Dr. Parkins plays for university events and Chapel services on academic Sundays during the school year, and he directs the annual Organ Recital Series.