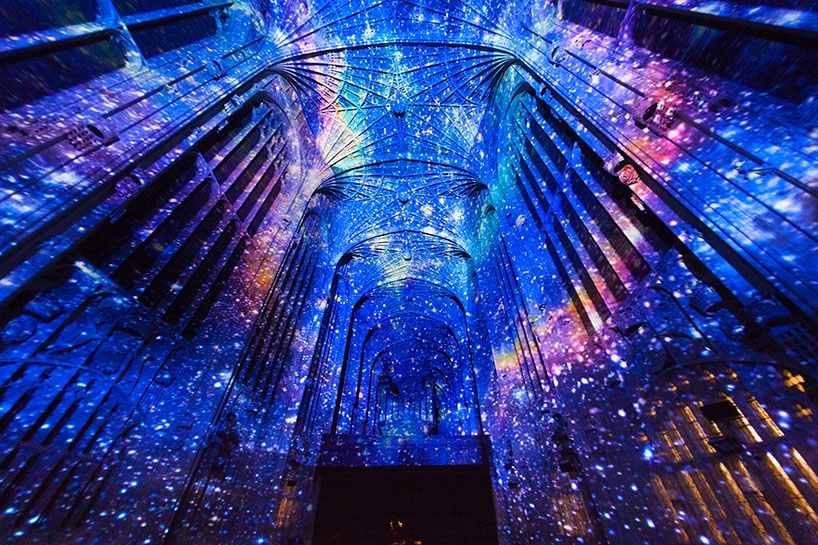 Artists around the world have used cathedral ceilings as canvases, but unlike Michelangelo and the Sistine Chapel, some present-day artists are using projected digital images instead of paint. Ju-Yu (Ruby) Hung, a recent MA graduate of the Digital Art History program in the Department of Art, Art History, and Visual Studies used Duke Chapel to explore this modern medium in her thesis project titled “Immersive Projection: A Case Study on the Duke Chapel Interior.”

For the project, Ruby developed a scale model to simulate a projection on the ribbed ceiling of the Chapel’s crossing. Her thesis adviser was Dr. Mark Olson, Cordelia and William Laverack Family Assistant Professor of Art, Art History & Visual Studies. 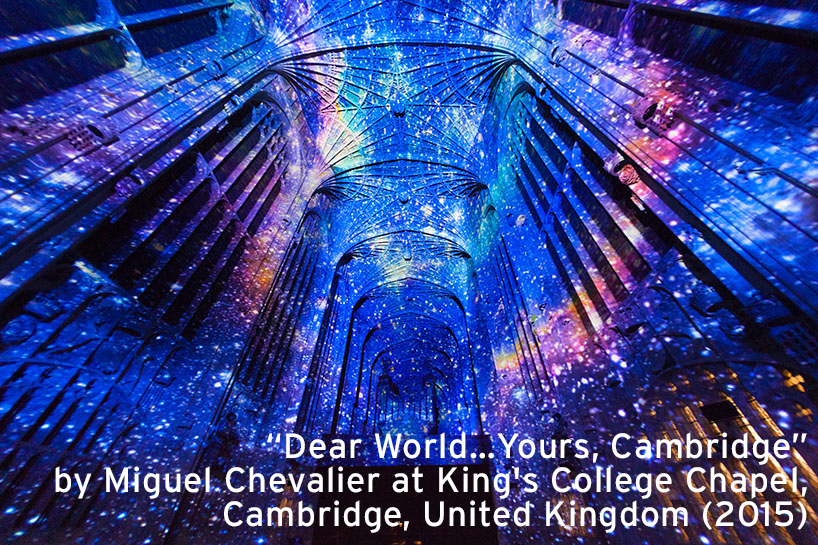 First, Ruby researched the art of protectionism and identified comparable digital projections done on the interior and exterior of other buildings and cathedrals around the world 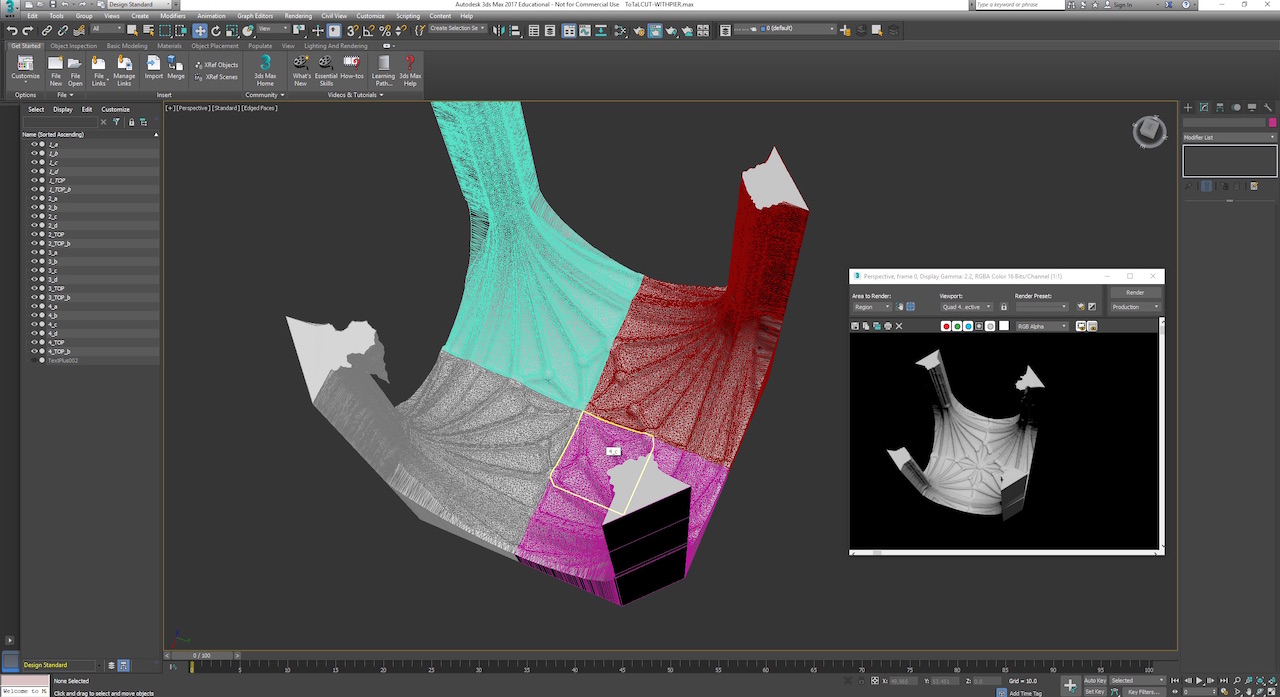 Ruby then used the campus Innovation Co-Lab to 3D print and assemble 28 plastic pieces into a miniature model of the Chapel’s crossing that could serve as a canvas for her video projection.

Next, Ruby produced a video about the collegiate gothic style architecture at Duke. The six-minute animation is based on the 1924 diary of English Professor Frank Clyde Brown who traveled with former Duke President William Few to about twenty universities in search of architectural inspiration for the design and construction of Duke’s West Campus.

The final step of the project was to project the animated video onto her model of the Chapel’s ceiling.

Following her graduation, Ruby hopes to continue to pursue her interests in historic buildings and expertise in digital projection to enhance museum experiences.