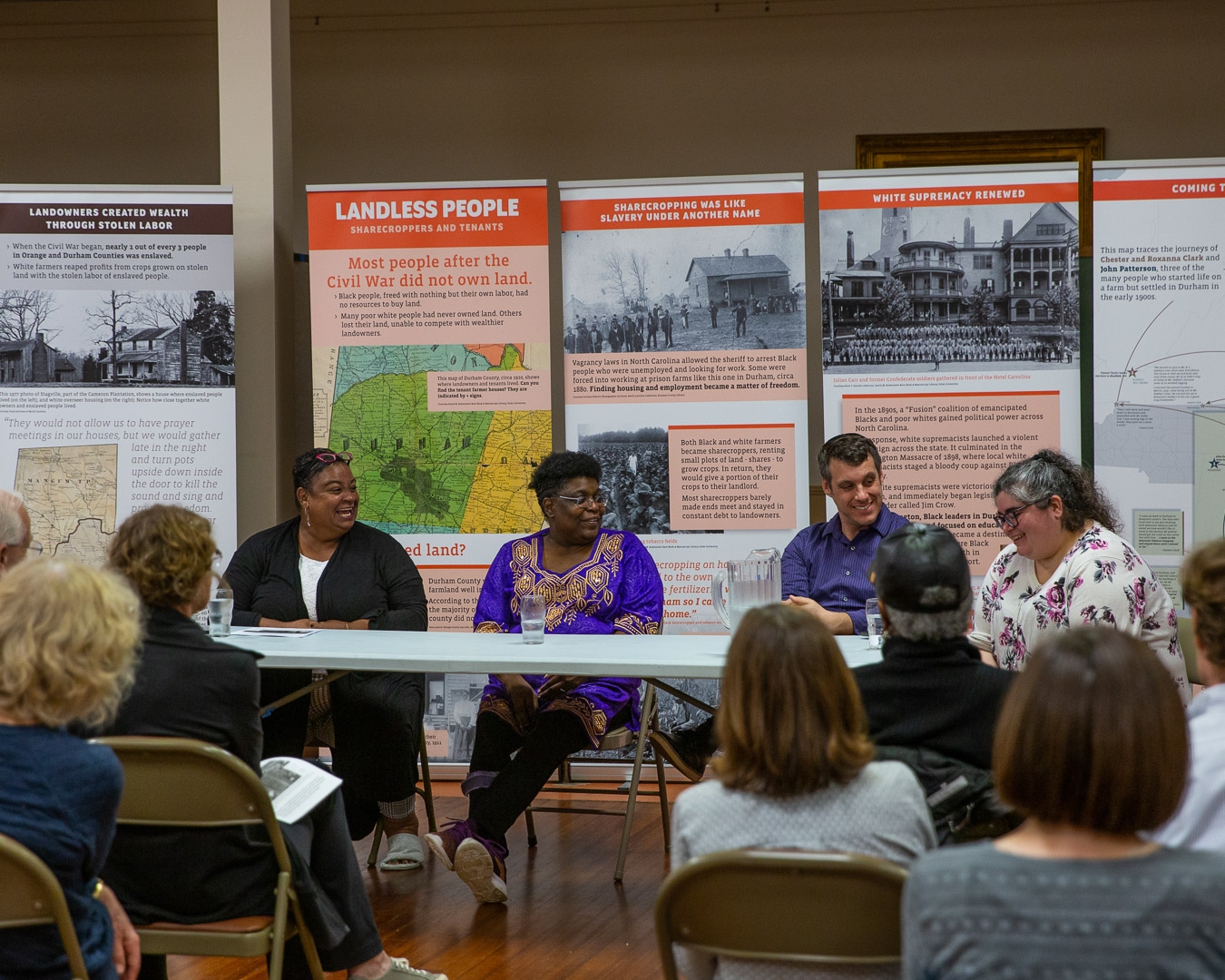 An exhibition sponsored by the Chapel and First Presbyterian Church is supporting efforts for affordable housing and economic justice in Durham. The exhibition, Uneven Ground, was originally created by the public history group Bull City 150 and is now on display at First Presbyterian through February 16. 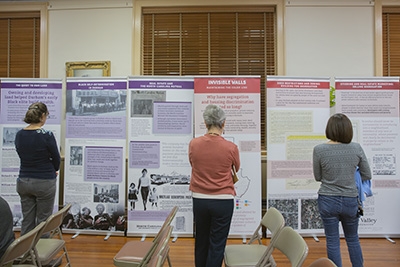 One of those events was a meeting of the Coalition for Affordable Housing and Transit. At the meeting former Durham mayor and coalition leader Wib Gulley told the Durham VOICE community news website that the exhibition “tells part of the story of affordable housing, racial segregation and lack of racial equity in Durham as well as the people who started to come together to push back on it.”

Other events related to the exhibition have included a panel discussion of “Gentrification: the New Segregation?,” a presentation by the researchers who created the exhibition, visits by Duke Religious Life groups, and a session of sharing reflections, prayers, and stories prompted by the exhibition.

The Chapel's community minister, the Rev. Breana van Velzen, said she has been a part of a number of conversations about housing and racial inequities that were sparked by the exhibition. She plans to use elements of the exhibition in her work going forward, including at training sessions with the economic justice organization the Community Empowerment Fund.

"This has been a meaningful way to share space with a community partner, utilize a religious site as a place of learning, and use education to enhance our walk of faith alongside our neighbors," she said.