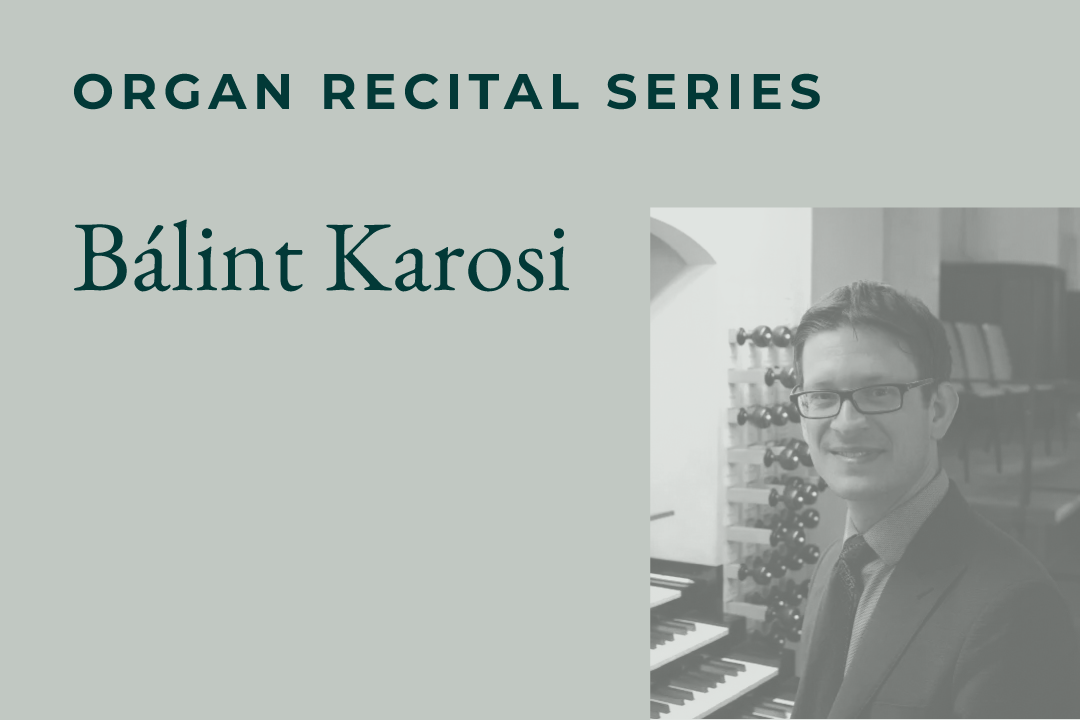 Bálint Karosi, Director of Music at Saint Peter's Church in New York City, has been recognized as a leading interpreter of the music of J. S. Bach since winning the International Bach Competition in Leipzig (2008). Commended by Christoph Wolff as "a most impressive musical interpreter" (Boston Musical Intelligencer), he has earned a reputation for his expressive command of a wide range of repertoire, guided by historical performance practice. His recital will be performed on the Brombaugh and Flentrop organs.

Watch a livestream of the concert via the video player below (no recording will be available).