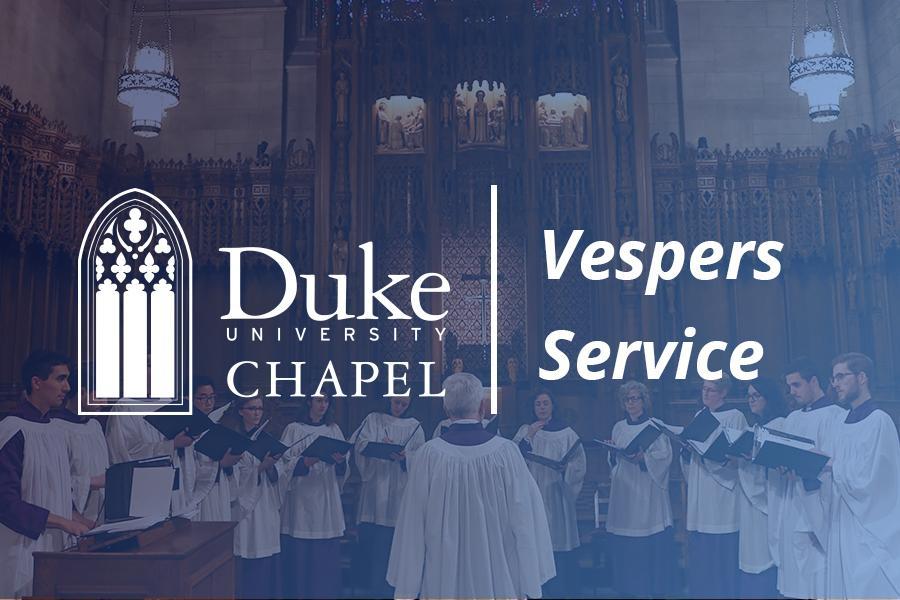 Because of concert preparations in the nave, the service took place in the Memorial Chapel, which provides an opportunity to hear two of the smaller organs in Duke Chapel: the Brombaugh Organ (1997) and the Continuo Organ (John Bennett, 2014).

In 1623, Gibbons became organist of Westminster Abbey, and he played at King James I’s funeral in 1625. Soon thereafter Gibbons himself died suddenly at Canterbury where, with the rest of the Chapel Royal, he had gone in attendance upon Charles I, where the new king was waiting to meet his bride Henrietta Maria from France. Gibbons was celebrated for his skill as a keyboard player: he was called ‘the best finger of that age.’ He was a major figure in the growth of instrumental chamber music in Europe.

Gibbons is well-known for his sacred choral music, of which he left a substantial quantity. He was among the first major English choral composers schooled entirely in the Protestant religion, and his highly polished English anthems are among the finest in the repertory.

The service includes two of Gibbons’ best-known anthems. The first, Almighty and Everlasting God, is a simple setting of a Collect for Epiphany: a heartfelt prayer that is very relevant to our present time. The other, This is the record of John, reveals him as a master of the verse anthem, in which sections for full choir alternate with passages for soloist(s) and organ. His Evening Services are highly regarded, including the Short Service, from which we are singing the Nunc Dimittis. In this case, “short” means that the words are set concisely, without much textual repetition. (Several of Gibbons’ contemporaries composed “Great” services, which were much more elaborate works.)

The service begins with an example of Gibbons’ keyboard music, called simply “A Voluntary.” The term was used almost exclusively in England, and refers to music, usually for organ, that is played before and after a service. Voluntaries had no specific form, and the term suggests a freedom of style, perhaps of an improvisatory nature.

Music in the service: