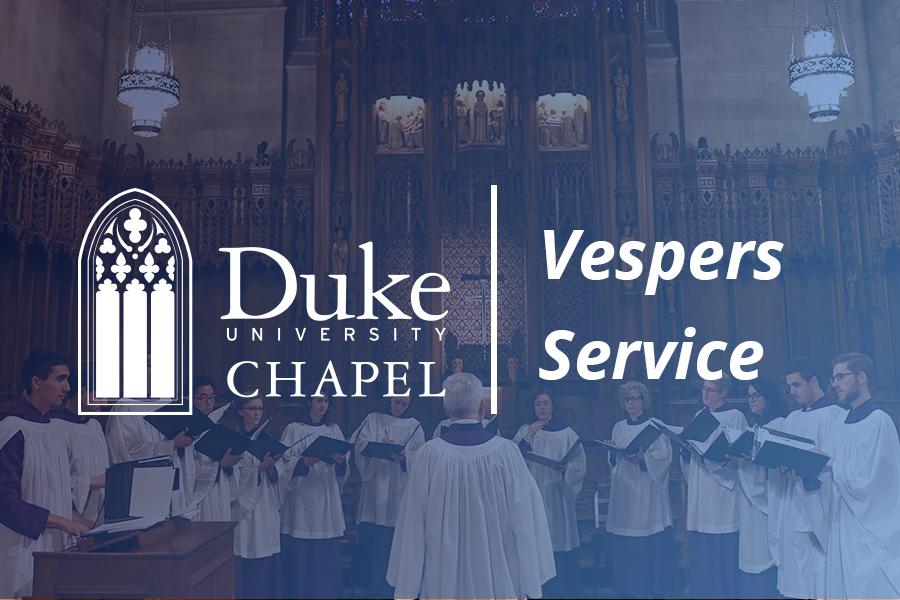 While Duke Chapel is closed for in-person services, we are rebroadcasting selected services from our archives. To learn more about Choral Vespers, visit chapel.duke.edu/christian-worship/worship-services/choral-vespers.

Tonight we are re-broadcasting Vespers from April 5, 2018. The service contains music for Eastertide, beginning and ending with contemporary settings of “Alleluias,” the iconic celebratory text “Alleluia, The Lord is risen, Alleluia.”

Fredrik Johannes Sixten (born 1962) is a Swedish composer, cathedral organist and conductor. and is recognized as one of Sweden's best-known composers of church music. His music is the  product of an eclectic and comprehensive knowledge of musical history, with the music  Johann Sebastian Bach, and 20th century French composers as significant sources of inspiration. His attitude towards the listener is that his music can be appreciated both by musical specialists and non-specialists alike. He does not wish to be regarded as “traditional” or “modern”, but rather as a synthesis of the two.

Born in Cardiff, Wales, in 1973, Iain Quinn’s enjoys a distinguished career as organist, choral director and composer. Though sung as a Benediction anthem in this service, Quinn originally composed his Alleluia as an Introit. The composer writes: "The introits were written for performance between the prelude and processional hymn to signal a beginning to the liturgical part of the service. Both liturgically and practically there has been a great benefit; the service begins with a sense of unity within the current season."

The words of This joyful Eastertide are based on 1 Cor. 15, written by the Revd. George R. Woodward (1848-1934) who wrote the text of this Easter hymn to fit the Dutch carol melody “Vreuchten”. This arrangement is by Philip Ledger (1937-2012), former director of music at King’s College, Cambridge.