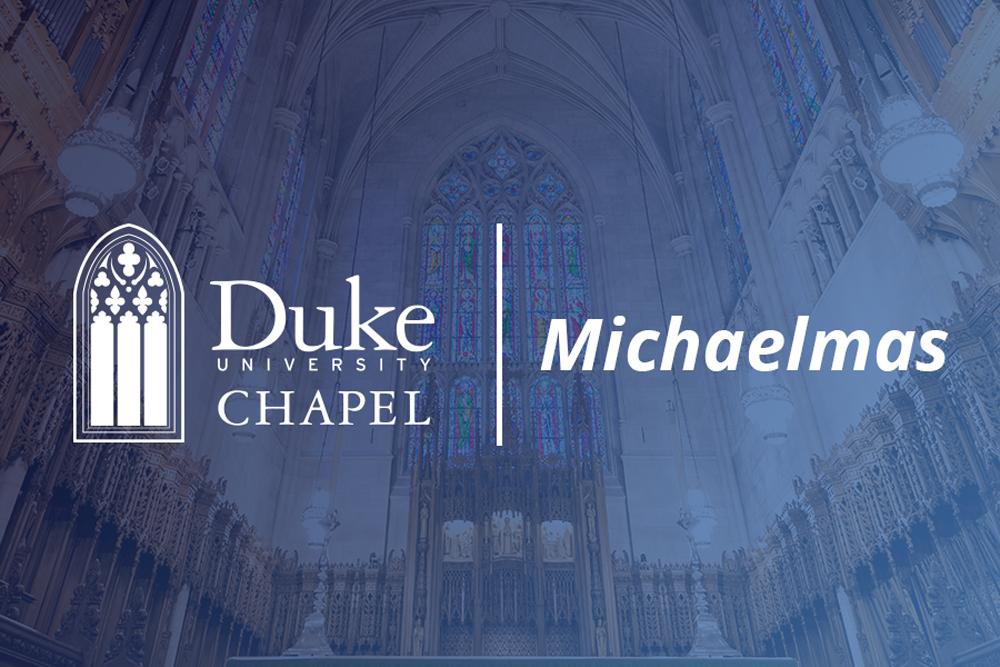 This special service marks the Feast of Saint Michael and all Angels, or “Michaelmas.” The service, celebrated since the fifth century, commemorates the Archangel Michael's triumph over the devil, often portrayed as a dragon, and his expulsion from heaven. The Duke Vespers Ensemble will lead the music, which includes pieces by Heinrich Isaac, Jakob Handl, Luca Marenzio, Leone Leoni, and Richard Dering. The service is followed by a choral postlude with music by Claudio Monteverdi and Gregor Eichinger.

Admission to the service is free, and all are welcome.

This dramatic narrative has inspired composers over the centuries. Two of the most frequently set texts are (in Latin followed by English translation in italics):

Parking is available on a first-come-first-served basis in the Bryan Center garage at 125 Science Drive. ADA parking is available in the Bryan Center Surface Lot at the same address. For more parking options, visit chapel.duke.edu/visit-events/visit#parking. The service is livestreamed on YouTube at https://www.youtube.com/dukechapel and broadcast live on channel 12 of the Duke Hospital TV system and channel 110 of the Duke Campus Vision TV system.