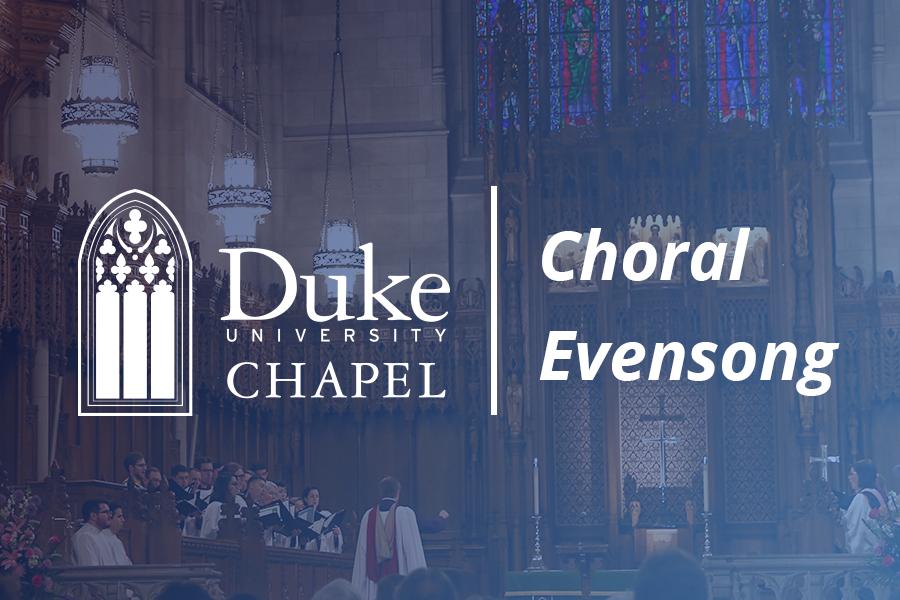 While Duke Chapel is closed for in-person services, we are rebroadcasting selected services of Choral Evensong on Sundays at 4:00 p.m.

The music of this service vividly paints images of an existence beyond our own.  For you, whether this is heaven or another universe, the pairings of text and music of John Donne/William Harris, Psalm 96/James MacMillan, and John Mason/Kenneth Naylor evoke incomparable beauty and transcendence.

Professor of organ and harmony at the Royal College of Music, William Harris (1883–1973) championed an elegant style of composition and was widely known for his inspiring and spectacularly efficient choir training.  One of the most beloved English church musicians of the twentieth century, Harris conducted the music for the royal coronations in 1937 and 1953.  His anthem for double choir, Bring us, O Lord God, is a product of his well-established career and takes the religious poetry of John Donne as its inspiration.  Harris’ music paints a radiant picture of heaven building to a triumphant climax while saving the most sublime harmonic shifts to the final moments of the “Amen.”

One of the most prominent composers of the late 20th century, Scottish composer James MacMillan’s A New Song was written in 1997 and depicts the first two and last verses of Psalm 96.  The work begins with the simplest of melodies that MacMillan molds into triumphant musical grandeur.  Grace notes pepper the choral writing under which long organ pedal notes provide the droning effect of Scottish bagpipes.  Emerging from the choral textures the organ crescendos in final broad statements of the theme culminating in a brilliant blaze of glory.

Ken Naylor was for many years Director of Music at Leys School, a prominent independent school on the outskirts of Cambridge.  Nearby the school is a fen (a marshy lowland) over which the ancient Romans built a winding road.  This beautiful view was the centerpiece from Naylor’s office window at the school and no doubt the inspiration for his marvelous tune (Coe Fen) on Mason’s colorful seventeenth-century text.  As with Harris’ and MacMillan’s ethereal portrayals of heaven, the final lines of Mason’s text (below) combined with the descant over Naylor’s tune offer glimpses of beauty and wholeness.

…Thou art a sea without a shore,

a sun without a sphere;

thy time is now and evermore,

thy place is everywhere.