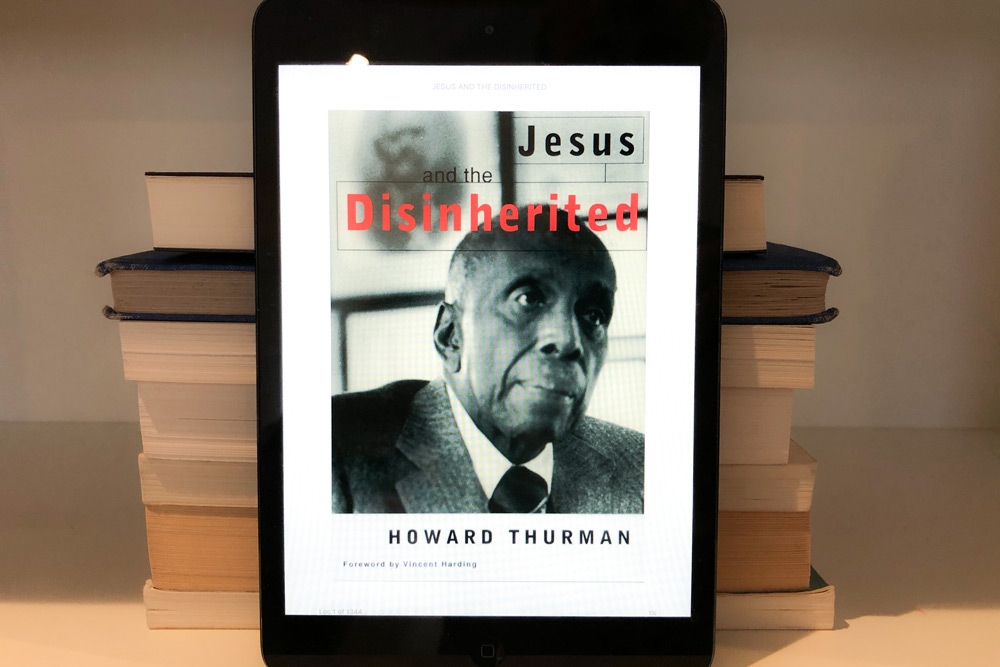 As part of the Duke Chapel Reads series, Dean Luke A. Powery will host an online discussion of the book Jesus and the Disinherited on Tuesday, April 6, at 7:00 p.m. with Dr. Walter Earl Fluker, a scholar of the book's author, Howard Thurman.

“Jesus and the Disinherited stands out as a book that both critiques the injustices suffered by people facing oppression and also offers a spirituality of true resistance and reconciliation centered on the love of Jesus," Dean Powery says. "It is a book that helped sustain and guide the Rev. Dr. Martin Luther King, Jr. and his colleagues in the Civil Rights Movement—and I believe it is a book that can provide vision and insight for us in our time.”

Watch a recording of the conversation:

Dr. Fluker previously served as Martin Luther King, Jr. Professor of Ethical Leadership, the editor of the Howard Thurman Papers Project, and the director of the Martin Luther King, Jr. Initiative for the Development of Ethical Leadership at Boston University School of Theology. He was founding executive director of the Andrew Young Center for Global Leadership Center and the Coca-Cola Professor of Leadership Studies at Morehouse College. He is the author of The Ground Has Shifted: The Future of the Black Church in Post-Racial America and Ethical Leadership: The Quest for Character, Civility and Community (Fortress, 2009), and editor of Educating Ethical Leaders for the Twenty-First Century. In addition to numerous academic appointments throughout his career, Dr. Fluker has been a pastor at United Church of Christ and Baptist churches as well as a chaplain in the U.S. Army and Dillard University.

Through Duke Chapel Reads, the Chapel aims to curate spaces for reflection and conversation based on a common book reading each semester.